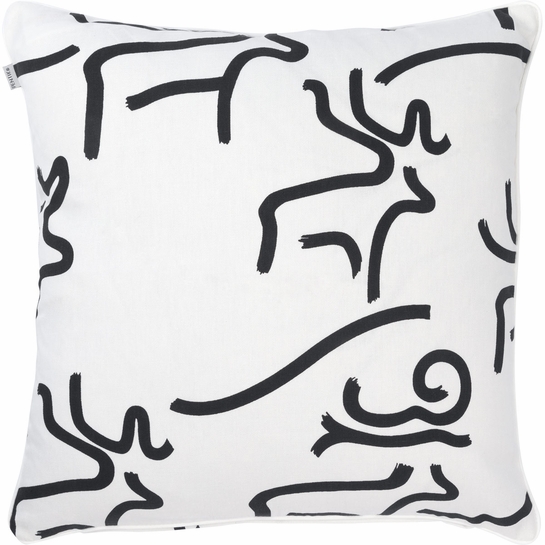 $45.00
Let your imagination roam. The simple monochrome pattern can be styled in endless ways and adds a stylish polish to furniture. The Tokka (Herd) pattern by Minna Niskakangas is inspired by the reindeer that roam the birthplace of Pentik. This cushion cover is 100% cotton and unzips along the side for easy removal and machine washing. Add a 48 x 48 cm Pentik cushion insert for a full fit.

Throw pillow covers are cut from large bolts of Pentik fabric, and each one is unique. The pattern centering on the pillow cover you receive may differ slightly from the product photos.