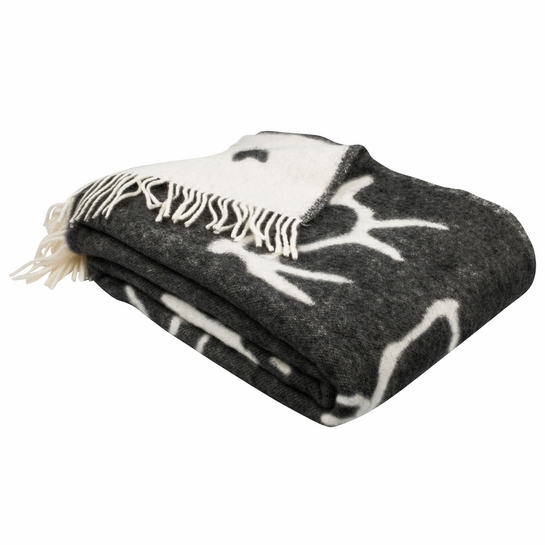 In Finland, reindeer aren't just meaningful during the holiday season. With the number of reindeer in Finland roughly equal to the number of people living there, it's become somewhat of a Lapland icon. Bring some of that Nordic beauty to your own home with the Pentik Saaga Black Wool Blanket. It feature's Minna Niskakangas's Saaga print, inspired by cave painting techniques. The fringed, 100% wool blanket will bring comfort on chilly nights and soft style when not in use, draped over a sofa back or folded atop a wooden bench.

Write a Review
1 Question & 1 Answer
Ask a Question
Ken
from Las Vegas asked:
August 15, 2021
Where is this made/woven?
1 Answer
Lithuania
Submitted by: Order Desk on August 16, 2021
Most Helpful Answer